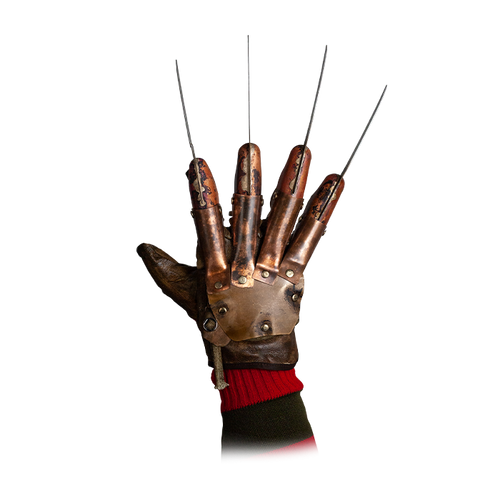 Based on hundreds of screen and behind the scenes photographs, this is the ultimate Freddy Krueger Glove from Wes Craven's A Nightmare on Elm Street 2: Freddy's Revenge. Every detail of the glove worn by Freddy, as played by the incredible Robert Englund is present in this glove.

Make sure you get your very own official A Nightmare on Elm Street 2: Freddy's Revenge Glove, and show everyone who the king of nightmares really is this Halloween!