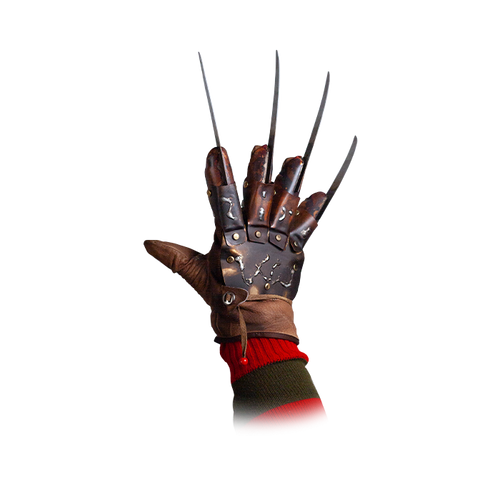 Based on hundreds of screen and behind the scenes photographs, this is the ultimate Freddy Krueger Glove from Wes Craven's A Nightmare on Elm Street 4: The Dream Master. Every detail of the glove worn by Freddy, as played by the incredible Robert Englund is present in this glove.

Make sure you get your very own official A Nightmare on Elm Street 4: The Dream Master Deluxe Freddy Glove and show everyone who the king of nightmares really is this Halloween!